T.V. and Radio appearances. - (please scroll down for live shows) 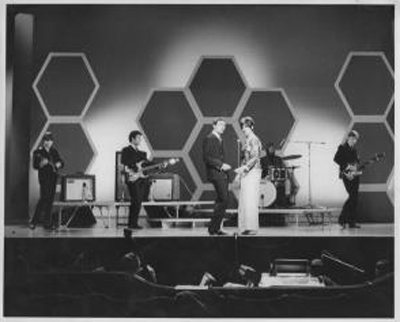 www.tv.com source for some of the TV listings here.

This is going to be a patchy work in progress for some time so please bear with me as I reconstruct some of the band's live appearances from the sixties.

The Sheratons had a residency at the Mildmay Tavern in Balls Pond Road, London N1. This gig became so popular that the landlord had to shut the doors at nine o'clock to prevent too many people getting in.
It was at one of these regular gigs in February 1964 that both the band, and songwriters Howard and Blaikley had a lucky meeting and so began the story of The Honeycombs.

Howard and Blaikley financed the band to record a 4 track acetate disc at City of London studios Whitechapel and with their increased popularity they outgrew the Mildmay and played some larger venues including the Victoria Palace Theatre with Joe Brown and Max Bygraves. Dates unknown.

Wednesday 30th September 1964, Locarno Ballroom Swindon, The Honeycombs with support from Dave Dee And The Bostons Source NOTE: This is probably the gig mentioned elsewhere on this site when Dave Dee and The Bostons supported the Honeycombs at the request of Denis D'Ell. Honeycombs managers Howard and Blaikley then took them on and the band changed their name to Dave Dee, Dozy, Beaky, Mick, and Titch. However there is a possible problem with this. Firstly DDDBMT say on their website that it was a Thursday gig which was their only free date in their summer season with Butlins. Secondly there is a source which places the date of the Peterborough gig below on 29th September, in which case it is highly unlikely that they played the very next night after such a serious incident. 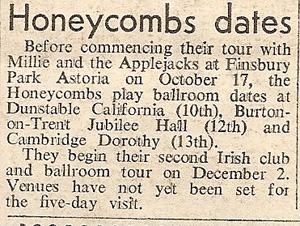 NME cutting 2nd October 1964
Early October (or possibly 29th September, see note above, source NME 18th September "popliners") Peterborough Palais The gig at which Martin Murray was pulled off stage by overenthusiastic fans and broke his leg and arm. As a result he missed the next few weeks worth of gigs.

10th October 1964 California Ballroom(Dunstable, Beds) with support from "The Stilettos" and "Tom Thumb and the Fingers" Have I the Right Night Admission 10/- source 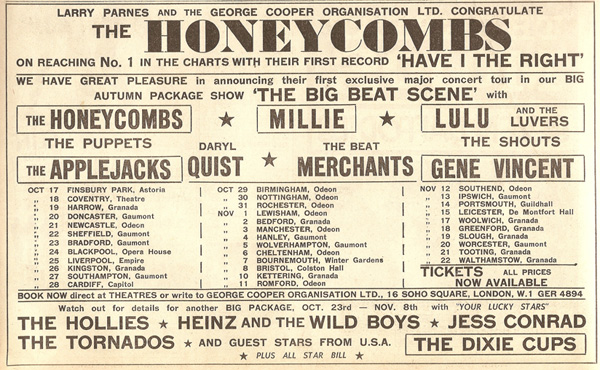 Pictures of the souvenir programme. 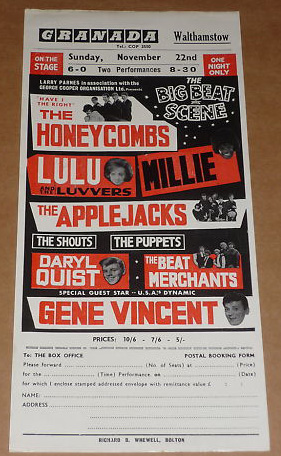 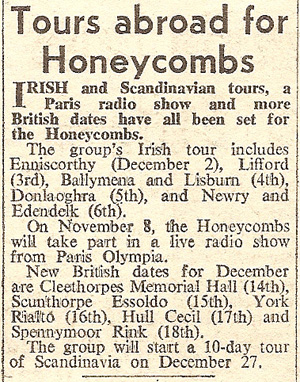 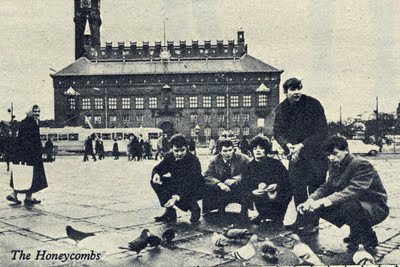 Publicity shot taken in Copenhagen in front of the city hall. Likely to have been taken on the 2nd January 1965 or possibly on the day after the gig. This is of course the MKII line up. 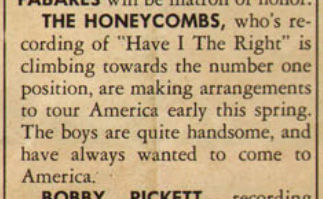